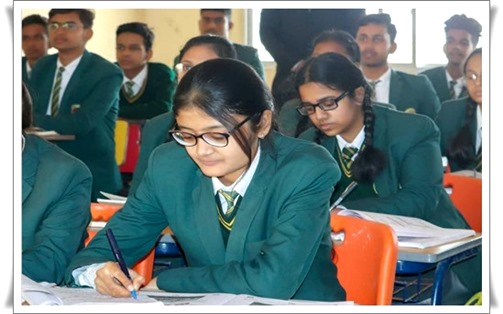 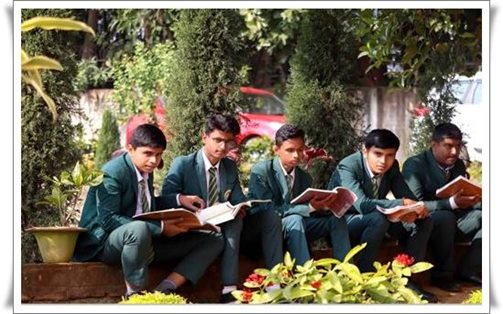 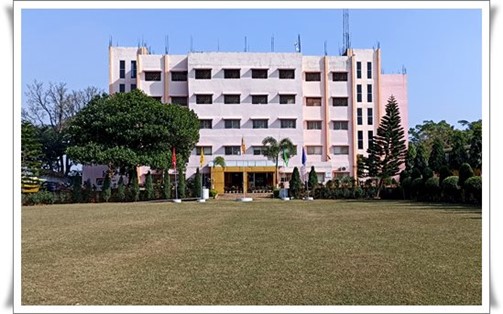 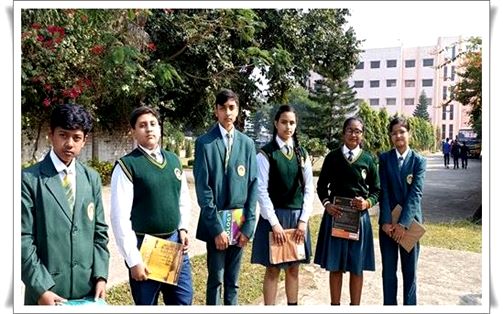 J K International School is committed to providing a safe and secured environment where students enjoy learning and recognise their worth, dignity and leadership capacity. The beautiful landscape, with its energy conscious buildings and ground complement and enhance the serenity of nature on campus. J K International Schools have a quest to develop responsible global citizens by following an international curriculum and principles based on student-centred learning. We aim at imparting world- class education to foster academic excellence, physical fitness, psychological and spiritual well-being, social consciousness and concern for our environment in each student through our own systems and practices. Driven by a passion to excel and committed to excellence, J K International Schools offer children an exceptional life-enhancing experience, providing them with the skills and confidence they need to stand out from the crowd. J K International Schools are co-educational day and residential English medium school guided by an educational philosophy that promotes the development of the whole person, blending academics, athletics and creative achievement with opportunities for leadership and guiding our students into individuals ready to face challenges in every phase of life. 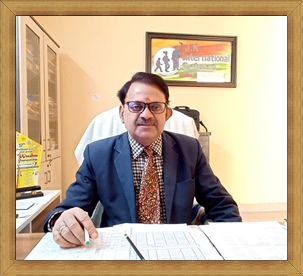 It is a well-established fact that the formative years in a good school lays the foundation for a strong character which, in turn, helps to guide the student through life’s vicissitudes with poise and strength. The years one spends in the school help him/her to stand up to the challenges of life with confidence and courage. Education possesses the power to alleviate the maladies affecting the society. precisely aspires to fulfil the aforesaid objective of education. Armed with state of the art infra structural facilities, well-qualified and committed faculty, highly motivated student community together with a deeply enlightened and committed segment of parents who have reposed their complete faith in us. is poised to become one of the most outstanding institutions of the capital city. We, in fact, hold an entirely different perspective regarding the future of our students. Instead of churning out future doctors, engineers, civil servants or MBAs, we basically concentrate on character and personality development of the students and our emphasis is, therefore, on following the guiding principles and practice of which would make one a complete citizen. The nation would be proud of such selflessness, integrity, objectivity, accountability, transparency, honesty, leadership and discipline.

The candidate must have passed 10 + 2 (Science) or equivalent examination from a recognized Board/Council or University and must have obtained 45% marks. Appearing candidate may also apply but their candidature shall only be valid when they obtain minimum pass marks in the examination before counseling. The candidate must attain the minimum age of 17 years on or before 31-July of the current year.

Method of teaching is beyond blackboard by use of Audio-visual aids- such as LCD projectors, Slide projectors, DVD, TV, Over Head Projectors etc. Ultimately is to make it more effective, informative and for better understanding

By rotation Class Room Seminar are conducted among students for every subject and every class to improve their skill of presentation and explore their hidden characters.

Practical Training is provided at the student level as per Curriculum at laboratories which as are 100% equipped as per Regulations framed by the University and apex body. Additional training is provided during their Internship period. Student witness Post Mortem at District Hospital and Community Health Centre officially.

Regular monitoring is made on teaching skills, methodology of teachings. Each teacher adopts Teaching Planner as per calendar and microteaching teaching plan. Once in a month monitoring is done interdepartmentally and by the head of institute.

As per calendar Curricular and extracurricular Activities are being conducted throughout year in planned manner. Facilities are provided to the students who have keen interest in Sports, Cultural and Art activities. Students have show achievement at University level competitions.

Regularly Health awareness, Medical camps are organized with the help of Clinical and Community departments.

The college reach is within the per view of East Central Railway. It is in between two railway station that is Garhwa and Garhwa Road, both railway stations are 4.5 km from the College campus. There is direct rout to the college from Delhi, Pubjab, Haryana, Jammu Kashmir, Rajasthan, U.P., M.P., Maharashtra, and South Indian States, West Bengal, Orissa is also connected via Railway. There are direct trains from these states. Rajdhani express stoppage is also available at Garhwa Road station. The facilities of vehicle are also available from the Dental College to Railway station.

There is three airports near by of Garhwa that is Ranchi, Varanasi and Patna.